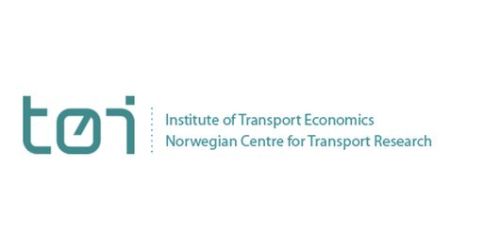 The Institute of Transport Economics / Norwegian Center for Transport Research in Oslo is a national institution for transport research and development. The Institute was set up in 1958, firstly as a Government secretariat and later (from 1964) as a separate research institution under the auspices of the Royal Norwegian Council for Scientific and Industrial Research (NTNF, now merged into the Research Council of Norway). In 1986 the Institute became a private, independent research foundation. The Institute receives its annual base funding from the Research Council of Norway.

The main objectives of the Institute are to carry out applied research on issues connected with transport and to promote the application of research results by advising the authorities, the transport industry and the public at large. Its sphere of activity includes most of the current major issues in road, rail, sea and air transport. The Institute is also involved in international cooperation within the transport sector.

Special emphasis is placed on the practical application of research results, and most of the studies and projects carried out here are commissioned. In Norway most of the clients are central government bodies and local authorities, with some commissions from the private sector. Major clients are the Ministry of Transport and Communications, the Public Roads Administration and the Research Council of Norway. The Institute is also engaged in a number of research projects for the European Commission, for public authorities in different countries and for international organisations.